Various autobiographies and biographies that I have read. From actors to athletes, business moguls to philosophers...
Welcome to the Autobiography/Biography Page

For more info on the Scale Rating click on ﻿Intro﻿ now 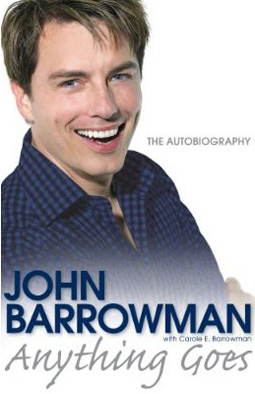 Blurb
Anything Goes traces the life and career of John Barrowman, from his Glaswegian childhood and American adolescence to his first big break starring alongside Elaine Paige in Anything Goes. Since then, John has made a name for himself with outstanding West End achievements, including an Olivier Award nomination, and success in the movies The Producers and De-Lovely. His triumphant transition into television was confirmed when Torchwood won a Best Drama BAFTA. John also lays bare his personal life: his emigration as a child, coming out to his family and his 2006 civil partnership with long-term boyfriend Scott Gill. Anything Goes is revelatory and insightful, told with real heart and characteristic Barrowman charm. This is a wonderful tale of how one boy achieved his dreams.


My Thoughts
What can I say about 'Anything Goes: My Autobiography' by John Barrowman?

What a great autobiography to read. With the help from his sister Carole, John's book was perfectly put together. His book has been divided into chapters using titles from some of his favourite songs.

I have been a fan on his since I first watch episodes of Dr Who (with him in) and then of course the fabulous Torchwood.

For an autobiography, I did think it was rather short (aprx 256 pgs), but to be honest it didn't matter as with the fab way the chapters flow and seeing photographs of him and his personal/professional life no matter what I would have read it in one sitting anyway.

For some one who in the past has been portrait as a 'shallow' person, this book truly opens up your eyes to what a type of person he really is and I must say 'shallow he is NOT'.

Trust me you will NOT be disappointed with this book. With various highs and lows, there are emotional moments as well as laugh out loud happy ones when he talks about his life.

This is probably one of the very few books that I have read that is; in my opinion, one of the most honest stories of a celebs life. (warts and all), when reading it I really felt like it was chalk full of honesty from beginning to end!


My Rating
I would rate this a 5 star. Must read, read in one go (at least for me as I found it hard to put down so had to finish), full of joy, laughter and the occasional sadness.

Check out the Intro page for rating scale 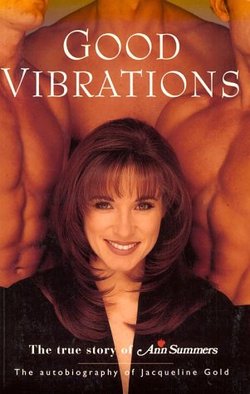 'This book charts the rise of Ann Summers and its charismatic boss, Jacqueline Gold, who belongs to one of Britain''s most extraordinary business families. Gold tells of the faltering early days and some of her embarrassing moments.'

Blurb
When Jacqueline Gold first joined Ann Summers, the company was going nowhere. Then she devised the "Party Plan", and the company became a retailing legend. Within two years she had 1500 party givers and now 13 years later there are over 7000 women organizing parties throughout Britain, Ireland, Holland, Denmark and Germany. The company turns over #40 million through 4500 parties held every week selling lingerie, "Personal Products" and "Novelty Items" to over two million women each year. The top selling lines are: "Chloe, a clinging black body shaper with slash neck and deep lace trim", and from the "Personal Products" range the best seller is "Adonis, an eight inch vibrator with speeds from mild to magnificent!". This book is the inside story of the creation of the Ann Summers phenomenon from the lady who created it .


My Thoughts
A surprising read. A great story of a woman breaking into the world of selling 'sex' from toys to books, dress up to sexy underwear.

Jacqueline talks about her life and how she made Ann Summers the multi million pound company it is today. As well as the struggles on breaking in to a world normally dominated by males. Jacqueline Gold has shown women no matter what type of industry you want to break in to, it can be done no matter what gender you are.

A great read. Funny in places with some slight 'cringe worthy' moments. I was very surprised with certain aspects of the industry and it was nothing like what I expected to be like.

It was definitely a great read.


My Rating
I give this book a rating of 4. A definite must read for any biographical/autobiographical fan out there as well as anyone who wants to find out more about Ann Summers as a business, how it got up and running as well as how a women was able to break through such a male dominated business.  Fantastic!!!